A New Home for Events

After years of presenting memorable musical events at Darnton & Hersh, we are excited to announce that future events will be under the auspices of Guarneri Hall NFP, a new not-for-profit classical music incubator whose home is a newly constructed, acoustically engineered and technologically advanced 85-seat performance space on the third floor at 11 East Adams in Chicago's Loop. Guarneri Hall NFP serves as a facilitator and catalyst for emerging musical artists, musical groups and music education initiatives.

The archive of past Darnton & Hersh events will remain on this website. 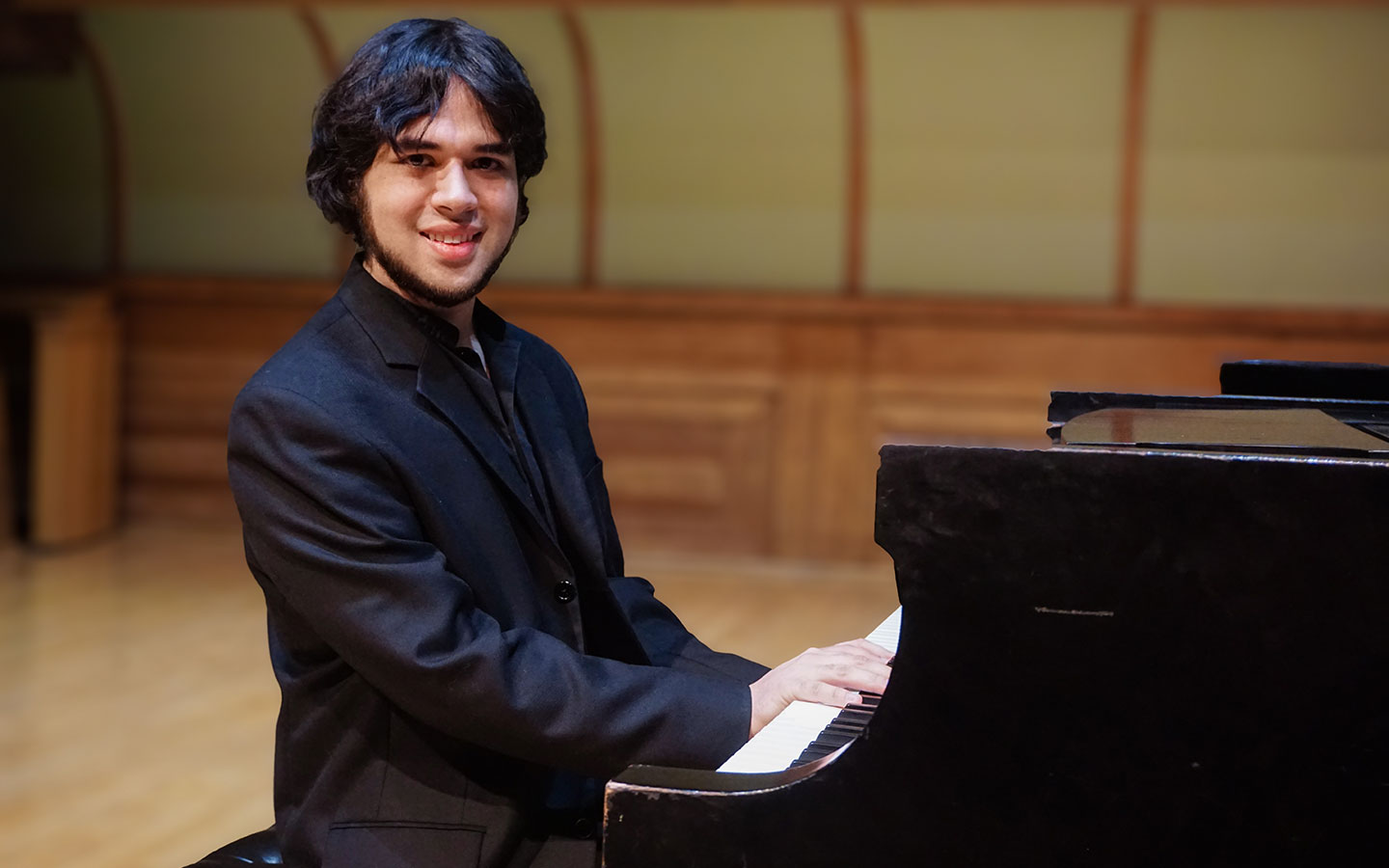 Darnton & Hersh Fine Violins is proud to be among the concert tour sites for 2017 finalists from the Aeolian Classics Emerging Artist Competition of Roosevelt University’s Chicago College of Performing Arts. On March 17th, we’ll host pianist Pablo Suaste Cherizola, the inaugural winner of the Emerging Artist competition, in a solo recital.

Mr. Suaste is a gifted artist who is already achieving recognition and acclaim at a young age. As the Emerging Artist Competition winner, he was awarded the opportunity to record a debut solo album to be released in 2017 on Aeolian Classics, and will also perform as soloist in a seven-concert tour of Chicago. The varied and challenging program he has chosen for his March 17 solo concert ranges

from Bach to Scriabin. View artist bio and concert program

The concert, scheduled at 6:30 pm as an “after-work” event, will be held in the intimate South Salon in our new location at 11 East Adams, Suite 1450. A reception with the artist follows the concert.

We encourage purchasing tickets early as space is limited, but audience members will be rewarded with a wonderful performance by an accomplished young pianist in a true chamber music setting. Tickets are $25 General Admission and only $10 Student Admission.