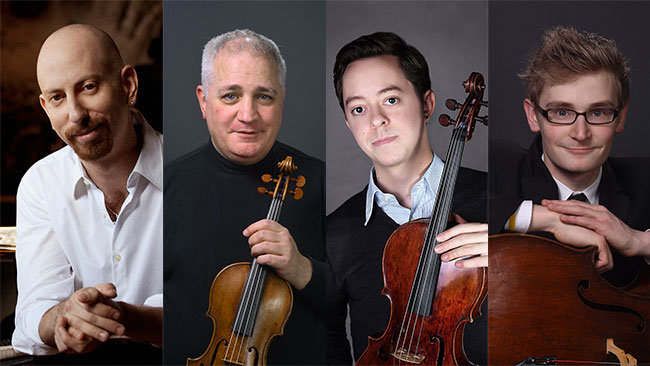 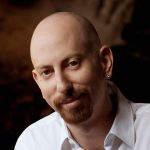 American pianist Adam Neiman is hailed as one of the premiere pianists of his generation, praised for possessing a truly rare blend of power, bravura, imagination, sensitivity, and technical precision. With an established international career and an encyclopedic repertoire that spans more than sixty concerti, Neiman has performed as soloist with the symphony orchestras of Belgrade, Chicago, Cincinnati, Dallas, Detroit, Houston, Indianapolis, Minnesota, Saint Louis, San Francisco, Slovenia, Umbria, and Utah, as well as with the New York Chamber Symphony and the National Symphony Orchestra of Washington D.C. He has collaborated with many of the world’s celebrated conductors, including Jiri Belohlavek, Giancarlo Guerrero, Theodor Gushlbauer, Carlos Kalmer, Uros Lajovic, Yoël Levi, Andrew Litton, Rossen Milanov, Heichiro Ohyama, Peter Oundjian, Leonard Slatkin, and Emmanuel Villaume.

An acclaimed recitalist, Neiman has performed in most of the major cities and concert halls throughout the United States and Canada. His European solo engagements have brought him to Italy, France, Germany, the United Kingdom, and Japan, where he made an eight-city tour culminating in his debut at Tokyo’s Suntory Hall.

Neiman’s recent activities include a monumental solo recital tour of North America pairing Beethoven’s Diabelli Variations, Op. 120, and “Hammerklavier” Sonata, Op. 106, and he subsequently recorded those works for release on Sono Luminus in 2017. Neiman will release a triple-disc set consisting of the complete Rachmaninoff Preludes and Études-Tableaux, due for release on Aeolian Classics in 2017. Additionally, audiences may stay tuned for a 2017 DVD release of the complete Liszt Transcendental Études, live in Los Angeles, for Aeolian Classics. He premiered his new Concerto for Piano and String Orchestra (commissioned and composed in 2012) with the Manchester Chamber Orchestra and conductor Ariel Rudiakov on tour throughout Vermont and New York, and gave west coast premieres in Las Vegas and Telluride. A high-definition video release of the world premiere performance is available on Neiman’s YouTube channel.

Moreover, Neiman finished his third season as a member of Trio Solisti, capping the year with a presentation of the complete chamber music of Johannes Brahms at Carnegie Hall. Freelance festival reengagements include appearances at the Mainly Mozart Festival, Seattle Chamber Music Festival, and the Manchester Chamber Music Festival.

Current chamber music recording releases include the following: the complete Tchaikovsky and Rachmaninoff Piano Trios with Trio Solisti, for Aeolian Classics; Fauré and Saint-Saëns Piano Quartets with the New York Friends of Chamber Music, for Aeolian Classics; Ravel and Chausson Piano Trios with Trio Solisti, for Bridge; Bernstein Piano Trio with the Seattle Chamber Music Society, for Onyx; Concerto da Camera by Howard Hanson with the Ying Quartet, for Sono Luminus; and Dohnanyi’s Sextet for Clarinet, Horn, Violin, Viola, Cello, and Piano with the 45th Parallel ensemble in Portland, Oregon. These releases augment a rapidly expanding chamber discography consisting of these recordings: Arensky’ s Piano Quintet with the Ying Quartet, for Sono Luminus; Sonatas by Franck, Debussy, and Saint-Saëns with violinist Maria Bachmann, for Bridge; and the world premiere recording of Jennifer Higdon’s Piano Trio, for Naxos.

His diverse solo discography includes three major commercial releases for VAI: a two-disc set of Mozart’s early keyboard concertos with the Wisconsin Chamber Orchestra; an award-winning two-disc set entitled “Adam Neiman Live in Recital,” proclaimed “Critic’s Choice” for 2007 and 2008 by the American Record Guide; and a DVD entitled “Adam Neiman: Chopin Recital.” He released a critically-acclaimed recording of solo piano works by Anton Arensky for Naxos, and his debut recording on Lyric Records of a live, unedited solo recital at Tokyo’s Suntory Hall has recently been re-issued.

Neiman recently joined the full time piano faculty at the Chicago College of Performing Arts at Roosevelt University, earning the position of Assistant Professor of Piano in 2015. In addition to his rigorous performance schedule he has been teaching private lessons for more than a decade, and he presents acclaimed masterclasses throughout the US, Europe, and Korea. He regularly serves on the summer chamber music faculty of the Manchester Music Festival in Vermont, and he has taught at the Great Mountains Music Festival in Korea. Adam Neiman is also the founder and CEO of Aeolian Classics, LLC, a new record label and music publishing company. 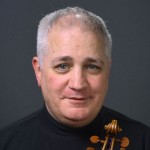 Violinist Stefan Hersh enjoys a varied career, equally at home as a chamber musician, soloist, orchestral musician and pedagogue. He is the Director of String Chamber music and artist faculty at the Chicago College of the Performing Arts at Roosevelt University.

Stefan Hersh studied at the San Francisco Conservatory. Hersh served as Associate Concertmaster with the Vancouver Symphony, Principal Second Violin with the Minnesota Orchestra and was a founding member of the Chicago String Quartet and the Callisto Ensemble.

Hersh has traveled extensively, performing and teaching at music festivals throughout North and South America, Europe, and Asia. 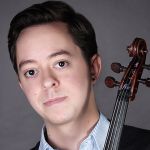 A native of Toronto, Ontario, violist Jesse Morrison is currently pursuing a Master’s Degree at the New England Conservatory in Boston, studying privately with Kim Kashkashian. He received his Bachelor of Music from the University of Toronto and his Artist Diploma from the Glenn Gould School. A vivid chamber musician, Jesse is currently a member in the Neruda String Quartet, winner of the 2015/16 Chamber Music Honors Award at the New England Conservatory, resulting in a debut recital in Jordan Hall in April 2016. Additionally, Jesse was a member in the Arkadas String Quartet from 2011-2015, winning the Felix Galimir Award at the University of Toronto in 2012. In February 2016, as winner of the NEC Concerto Competition, Jesse had his solo debut with the New England Conservatory’s Chamber Orchestra in Jordan Hall. Jesse has collaborated with artists including Lucy Chapman, Kristopher Tong, Pekka Kuusisto, Levon Chilingirian, Kim Kashkashian, Laurence Lesser, Richard Lester and Andrés Díaz. Jesse is an alumnus of the Scotiafest Chamber Festival, The Banff Centre, le Domaine Forget, the New York String Orchestra Seminar and Kneisel Hall.

As an orchestral musician, Jesse has regularly served as substitute violist for both the Toronto Symphony Orchestra and the Canadian Opera Company. An active supporter of outreach and community engagement, Jesse is currently an intern for Music for Food, a ground-breaking organization focused on raising resources to support unprivileged communities in the Boston area. This summer, Jesse will be attending the Yellow Barn Music Festival. Jesse is currently playing on a 1911 Sgarabotto viola on generous loan from the New England Conservatory. 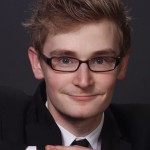 Cellist Alexander Hersh is quickly establishing himself as a rising young talent. In 2015 Hersh made his Symphony Hall debut with the Boston Pops and at the Kennedy Center. Upcoming engagements include solo performances with the Jefferson and Springfield (MO) Symphony Orchestras, solo recitals in Denver and Boston, and the Jordan Hall debut of the Neruda String Quartet of which he is a founding member.

A 4th generation string player, Alexander’s parents, Stefan and Roberta, are both active professional violinists. His grandfather, Paul Hersh, is professor of viola and piano at San Francisco Conservatory of Music, and his great grandfather, Ralph Hersh, was a member of the Stuyvesant String Quartet, and principal violist of the Dallas and Atlanta Symphony Orchestras.

Raised in Chicago, Alexander Hersh began playing the cello at the age of 5. He studied with Steve Balderston and Hans Jensen, and attended the Academy at the Music Institute of Chicago. As a high school student Hersh was heard twice on NPR’s “From the Top,” and performed as soloist with the Chicago Youth Concert Orchestra, and the Oak Park River River Forest Symphony Orchestra. In May, Hersh received his B.M. from New England Conservatory with academic honors where he was a student of Laurence Lesser and recipient of the Clara M. Friedlaender Scholarship. He is currently pursuing his M.M. at New England Conservatory under the tutelage of Paul Katz. He plays a G. Ceruti cello on generous loan from a sponsor through Darnton & Hersh Fine Violins in Chicago, IL.